The History of America.

Volume I (of II) of the First Cork Edition [which had two Volumes in total]. Cork, Printed by Thomas White, opposite the Exchange, 1778. Octavo. XIX, [1], [6], 492 pages including 6 unnumbered pages of a List of Subscribers including the previous owner of the book: “Rev. John Meade”. Original Hardcover / Original full 18th-century-calf with gilt ornament and original spine-label. From the library of Richard Meade (Ballymartle), with his Exlibris / Bookplate to pastedown. Name of John Meade on titlepage. Only Volume One of this very rare Cork print !

This very rare first Volume of the History of America, printed in 1778 in Cork, Irland, by Thomas White, includes Book I, Book II, Book III and Book IV of VIII. [Books IV to VIII were placed in Volume II].

This first Volume includes for example the following interesting topics on Navigation, Beginning of Slavery, Settlement and First Colonies in America etc.:

Progress of Navigation among the Ancients / Georgraphical knowledge still preserved in the East, and among the Arabians, Revival of commerce and navigation in Europe / First regular plan of Discovery formed by Portugal / Hopes of discovering a new route to the East Indies / Birth and Education of Christopher Columbus / Columbus acquires naval skill in the service of Portugal / Columbus’ Voyage of Discovery, the difficulties and success, return to Spain and Astonishment of mankind on this Discovery of a New World / Second Voyage – Colony settled / State of the Colony in Hispaniola / Cruelty of the Spaniards / Fatal regulations concerning the condition of the Indians / First colony planted on the Continent / Negroes imported into America [Slavery] / New Spain, Yucatan, Preparations for invading it / Inquiry how America was peopled [populated], Vast extent of America, Its mountains, Rivers, Lakes, Soil – Its form favourable to Commerce / Condition and Character of the Americans / All, the Mexicans and Peruvians excepted, in the state of Savages – Inquiry coonfined to the uncivilized Tribes / Difficulty of obtaining information etc. / The bodily constitution of the Americans considered – The qualities of their minds – Their Domestic State / Their Political State and Institutions / Their System of War and Public Security / The Arts with which they were acquainted / Their religious ideas and institutions / etc. etc. 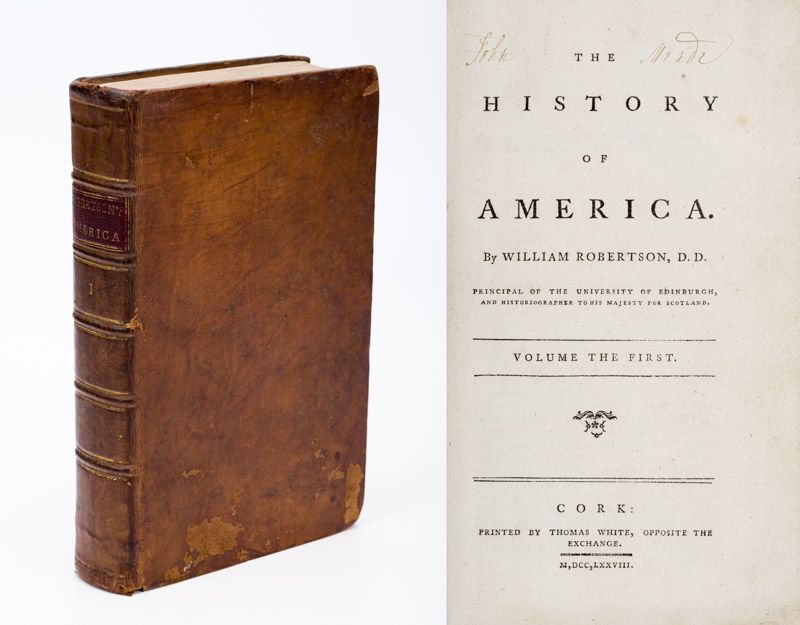 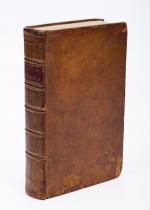