Robinson, Walsingham; or The Pupil of Nature, A Domestic Story.

Walsingham; or The Pupil of Nature, A Domestic Story. By Mary Robinson, Author of Angelina – Hubert de Sevrac – The Widow – Vancenza, &c. &c.&c.

First Irish Edition. In Two Volumes (complete Set). Dublin, Printed by B. Smith for P.Wogan, C.Brown, H.Colbert, W.Porter and J.Rice, 1798. Octavo (12 cm x 17,5 cm). 336, 322 pages. Hardcover / Modern half-leather bound to the style of the 18th-century with spinelabels. Both Volumes in protective Mylar and now housed in a bespoke Solander Box. Very good condition with some minor signs of wear only to the edges and two tiny lesions to the titlepage of the first Volume. Faded dampstain to some pages of the lower bookblock of Volume II. While the bookblock is generally used and has the occasional very faint stain and a minor tear to a page, the set is in very good or even better condition ! Extremely scarce !

[This first Dublin Edition in two Volumes is not known by Montague Summers. In his “A Gothic Bibliography”, he lists only the First Edition by Longman in 1798 and the Second Edition from Minerva-Press in 1805].

Mary Robinson’s fifth novel, “Walsingham; or, The Pupil of Nature”, was [First] published by T.N. Longman in 1797. Like her other novels, Walsingham addresses many political themes, such as women’s rights to inheritance, the value of personal merit over rank, and the importance of education for both sexes. In addition, Walsingham makes strong social critiques, particularly about socially-prescribed class and gender roles and about the dangers of excessive sensibility. The novel is also notable because of its generic mixing: poetry that is essential to the story’s development is interspersed throughout, and Robinson published these poems separately in newspaper poetry columns to popular and critical acclaim. (Source: LE – Literary Encyclopedia).

Mary Robinson (née Darby; 27 November 1757 – 26 December 1800) was an English actress, poet, dramatist, novelist, and celebrity figure. She lived in England, in the cities of Bristol and London; she also lived in France and Germany for a time. She enjoyed poetry from the age of seven and started working, first as a teacher and then as actress, from the age of fourteen. She wrote many plays, poems and novels. She was a celebrity, gossiped about in newspapers, famous for her acting and writing. During her lifetime she was known as “the English Sappho”. She earned her nickname “Perdita” for her role as Perdita (heroine of Shakespeare’s The Winter’s Tale) in 1779. She was the first public mistress of King George IV while he was still Prince of Wales.
In 1792 Robinson published her most popular novel which was a Gothic novel titled, Vancenza; or The Dangers of Credulity. The books were “sold out by lunch time on the first day and five more editions quickly followed, making it one of the top-selling novels in the latter part of the eighteenth century.” It did not receive either critical or popular acclaim. In 1794 she wrote The Widow; or, A Picture of Modern Times which portrayed themes of manners in the fashionable world. Since Robinson was a fashion icon and very much involved in the fashion world the novel did not get a lot of favourable reception in 1794 as it might have now. In 1796 she wrote Angelina: A Novel. It cost more money than it brought in. Through this novel, she offers her thoughts on the afterlife of her literary career.

After years of scholarly neglect, Robinson’s literary afterlife continues apace. While most of the early literature written about Robinson focused on her sexuality, emphasising her affairs and fashions, she also spoke out about woman’s place in the literary world, for which she began to receive the attention of feminists and literary scholars in the 1990s. Robinson recognised that, ”women writers were deeply ambivalent about the myths of authorship their male counterparts had created” and as a result she sought to elevate woman’s place in the literary world by recognising women writers in her own work. In A Letter to the Women of England, Robinson includes an entire page dedicated to English women writers to support her notion that they were just as capable as men of being successful in the literary world. These ideas have continued to keep Mary Robinson relevant in literary discussions today. In addition to maintaining literary and cultural notability, she has re-attained a degree of celebrity in recent years when several biographies of her appeared, including one by Paula Byrne entitled Perdita: The Literary, Theatrical, and Scandalous Life of Mary Robinson that became a top-ten best-seller after being selected for the Richard & Judy Book Club.

An eight-volume scholarly edition of Robinson’s complete works was published in 2009–2010. In 2011, Daniel Robinson (no relation), editor of the poetry for the edition, published the first scholarly monograph to focus exclusively on her literary achievement—The Poetry of Mary Robinson: Form and Fame. A second monograph on Robinson’s literary career, Mary Robinson and the Genesis of Romanticism: Literary Dialogues and Debts, 1784-1821, by Ashley Cross, appeared in 2016. Although, Robinson’s novels were not as successful as she hoped, she had a talent for her poetry. Her ability to produce poetry can be seen furthermore in her poems titled “Sappho and Phaeon”. Since the press had given her the name “The English Sappho”, a clear relationship can be drawn between these poems and her literary name. The poems are love poems and many scholars have come to the conclusion that they represent her affairs with the Prince of Wales. Mary Darby Robinson was not only praised in literary circles for her poetry but also for her works written in prose. The two best known examples are “A Letter to the Women of England” (1798) and “The Natural Daughter” (1799). Both her works are dealing with the role of women during the Romantic Era. Mary Robinson as much as Mary Wollenstonecraft tried to put the focus on how inferior women were treated in comparison to men. The discrepancy can be seen in both of her works. “The Natural Daughter” can be seen as an autobiography of Mary Robinson. The characters are in many ways patterns of her own life and the stages of her life. All the characters are symbols of her own coming of age or people she met in her life.

Robinson was known as a sexualised celebrity, but she was a very talented writer. Robinson did not receive recognition for her work until much later because of “strict attitudes led to a rejection of the literary work of such a notorious woman.” She became a lesson to young girls about the dangers of promiscuity, and pleasure seeking. She was named by her friend Samuel Taylor Coleridge “as a woman of undoubted genius.” The collection of Poems published in 1791 had a “subscription list of 600 people was headed by His Royal Highness, George, Prince of Wales, and included many other members of the nobility. Some people subscribed because of her writing, some because of her notoriety, and some perhaps out of pity for the former actress, now crippled and ill. Reviews were generally kind, and noted traces in her poems of a sensibility that would later be termed Romanticism.” Twenty years after her death the Poetical Works of The Late Mrs. Robinson was published in 1824, which speaks to her ongoing popularity. Robinson’s second novel The Widow, and in her controversial comedy Nobody: A Comedy in Two Acts both of which, according to newspaper reports, offended fashionable women. Needless to say, Robinson’s playwright career was short-lived after all the bad reviews of her play. The upper class interpreted her satire as mockery on female gambling and it was an attack on moral legitimacy of the Whig elite. The upper class interpretation of Nobody reveals a great deal about the social and political anxieties during the revolutionary era.

Robinson’s poems were popular, especially after she produced a variety of poems, while working at the newspaper ’‘The Morning Post’’. The poetry columns had a double agenda of pleasing a substantial and diverse audience and shaping them into a select group of elite readers eager to buy and consume books. The public adored the novel Vancenza; or The Dangers of Credulity, but the critical reception was mixed. Furthermore, a biographer Paula Byrne recently dismissed it as a “product of the vogue for Gothic fiction [that] now seems overblown to the point of absurdity.” Although, Robinson’s poetry was more popular than her other works the most lucrative “was her prose. The money helped to support herself, her mother and daughter, and often Banastre Tarleton. Novels such as Vancenza (1792), The Widow (1794), Angelina (1796), and Walsingham (1797) went through multiple editions and were often translated into French and German. They owed part of their popularity to their suspected autobiographical elements. Even when her characters were placed in scenes of gothic horror, their views could be related to the experiences of their author.″

Mary Robinson was one of the first female celebrities of the modern era. She was scandalous, but on the other hand educated and able to be partially independent from her husband. She was one of the first women to enter the sphere of writing, and to be successful there. Scholars often argue that she used her celebrity and fame status only in her own advantage, but it has to be noted how much she contributed to the awareness of early feminism. She tried to elaborate the ideas of equality for women in England during the late 18th century. Nevertheless, many contemporary women were not amused with how she exposed herself to the public and ostracised her. They did not want to be associated with her, since they feared to receive a bad reputation sympathising with Mary Robinson. (Wikipedia) 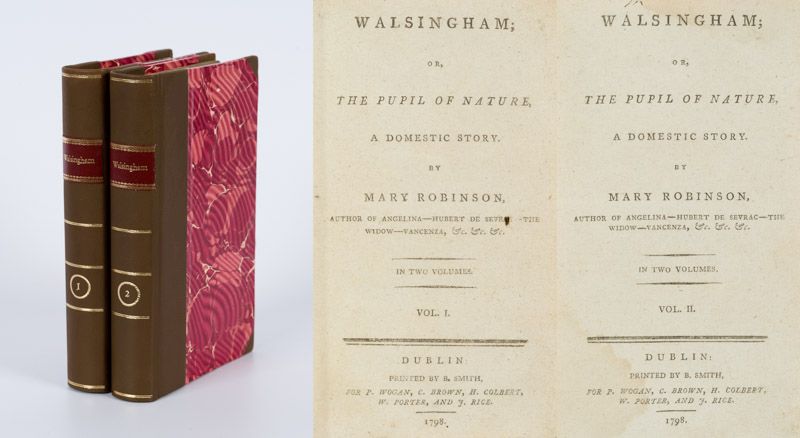 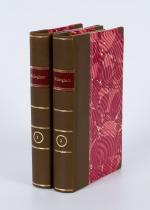 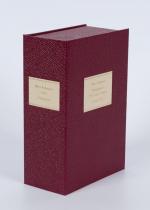