In his work with children, Dr. Bettelheim observed that in the children’s autonomous efforts to deal with deep inner needs, they developed fantasies and rituals similar to initiation customs among pre-literate people. It was this striking parallel which led him to the research presented in this volume. Initiation rites and particularly circumcision, have been viewed by both anthropologists and psychoanalysts as imposed primarily by the elders on the young. Circumcision is viewed in psychoanalytic theory as a symbolic substitution for castration and serves to exemplify the fear of, and submission to, the father. Through this fear circumcision is linked to the Oedipus complex, one of the main theoretical constructs of psychoanalytic theory. Anthropologists in the main view initiation as a rite de passage, whose function is to introduce the young into adult society.

However, Bettelheim in his observations noted that no matter how neurotic or psychotic the children, their behavior paralleled initiation rites. These were efforts of the children to help themselves and were not imposed by elders, nor were they prompted by irrational drives. It was instead based on a profound urge for freedom from those drives and pressures, a desire to master the irrational forces and thus establish their dignity as human beings and controllers and not puppets of their of their destiny.

It was this which led the author to wonder if we had not done injury to man’s inherent dignity when we interpreted one of the greatest of his rituals – which initiation is for many people – as simply imposed on him by tradition or by the hatred by the old of the young. He became convinced that these rites are motivated not by a desire to break man’s autonomy and prevent his self-realization, but by exactly the opposite to desire. Through initiation rites, young persons – indeed, all the peopl who participate – try to master not a man-made conflict between the young and the old but a conflict between man’s instinctual desires and the role he wishes to play in society or which society expects him to fulfil. They are efforts at self realization.

Dr. Bruno Bettelheim, Professor of Psychology and Principal of the Orthogenic School at the University of Chicago, is best known to the reading public for his now classic work on children, “Love is not Enough”, which was first published in 1950. (Source: Dustjacket Flaps) 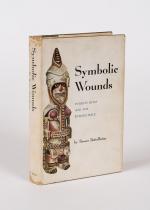 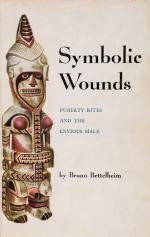