Cavell, Collection of important and rare publications by and on american philoso

Stanley Louis Cavell (September 1, 1926 – June 19, 2018) was an American philosopher. He was the Walter M. Cabot Professor of Aesthetics and the General Theory of Value at Harvard University. He worked in the fields of ethics, aesthetics, and ordinary language philosophy. As an interpreter, he produced influential works on Wittgenstein, Austin, Emerson, Thoreau, and Heidegger. His work is characterized by its conversational tone and frequent literary references.

Cavell was born to a Jewish family in Atlanta, Georgia. His mother, a locally renowned pianist, trained him in music from his earliest days. During the Depression, Cavell’s parents moved several times between Atlanta and Sacramento, California. As an adolescent, Cavell played lead alto saxophone as the youngest member of a black jazz band in Sacramento. He entered the University of California, Berkeley, where, along with his lifelong friend Bob Thompson (musician), he majored in music, studying with, among others, Roger Sessions and Ernest Bloch. After graduation, he studied composition at the Juilliard School of Music in New York City, only to discover that music was not his calling.

He entered graduate school in philosophy at UCLA, and then transferred to Harvard University. As a student there he came under the influence of J. L. Austin, whose teaching and methods “knocked him off … [his] horse.” In 1954 he was awarded a Junior Fellowship at the Harvard Society of Fellows. Before completing his Ph.D., he became an Assistant Professor of Philosophy at the University of California, Berkeley, in 1956. Cavell’s daughter by his first wife (Marcia Cavell), Rachel Lee Cavell, was born in 1957. In 1962–63 Cavell was a Fellow at the Institute for Advanced Study in Princeton, New Jersey, where he befriended the British philosopher Bernard Williams. Cavell’s marriage to Marcia ended in divorce in 1961. In 1963 he returned to the Harvard Philosophy Department, where he became the Walter M. Cabot Professor of Aesthetics and the General Theory of Value.

In the summer of 1964, Cavell joined a group of graduate students, who taught at Tougaloo College, a historically black college in Mississippi, as part of what became known as the Freedom Summer. He and Cathleen (Cohen) Cavell were married in 1967. In April 1969, during the student protests (chiefly arising from the Vietnam War), Cavell, helped by his colleague John Rawls, worked with a group of African-American students to draft language for a faculty vote to establish Harvard’s Department of African and African-American Studies.

In 1976, Cavell’s first son, Benjamin, was born. In 1979, along with the documentary filmmaker Robert H. Gardner, Cavell helped found the Harvard Film Archive, to preserve and present the history of film. Cavell received a MacArthur Fellowship in 1992. In 1996-97 Cavell was president of the American Philosophical Association (Eastern Division). In 1984, his second son, David, was born. Cavell remained on the Harvard faculty until retiring in 1997. Thereafter, he taught courses at Yale University and the University of Chicago. He also held the Spinoza Chair of Philosophy at the University of Amsterdam in 1998. Cavell died in Boston, Massachusetts of heart failure on June 19, 2018, at the age of 91. He was buried at Mount Auburn Cemetery. (Wikipedia) 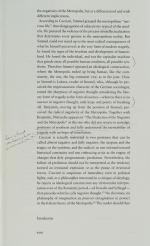 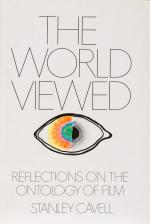 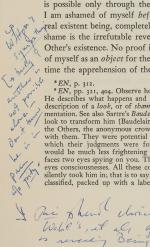 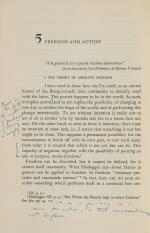 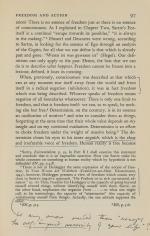 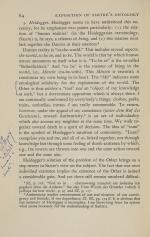