Aristotle. The Works of Aristotle, The Famous Philosopher, containing I. His Com

The Works of Aristotle, The Famous Philosopher, containing I. His Complete Masterpiece, II. His Experienced Midwife, III. His Book of Problems, IV. His Remarks on Physiognomy, V. The Family Physician. New and improved edition.

London, The Booksellers, no date (c.1890). 9 x 13cm. 528 pages, with text illustrations and colour plates. Original illustrated hardcover with gilt lettering on spine. Excellent condition with only minor signs of external wear, some creasing to spine. Historical Sex-Manual, disguised as works of Aristotle. Discusses Virginity (and what it is), How Virginity may be lost, How a woman should order herself in order to conception, [″A woman that would conceive should observe that she does not use the act of coition too often; for gatiety gluts the womb and renders it unfit for office (!) – There are two things that demonstrate this: i.e., that common whores (who often use copulation) have never, or rarely, any children: for the grass seldom grows in a path that is commonly trodden in. The other is, that women, whose husbands have been long absent, do, after copulation with them again, conceive very quickly” / “Women ought to take great care that their imagination be pure and dear, that their child may be well formed”]. The book also discusses causes and cure of Barrenenss, Of the Hot Distempers of the Womb, The Diseases of the Womb, Palmistry, shewing the various judgments drawn from the hand, includes a choice of remedies for the several distempers to the human body, (Crabs, Herpes, Hysteria etc.).

Aristotle’s Masterpiece, also known as The Works of Aristotle, the Famous Philosopher, is a sex manual and a midwifery book that was popular in England from the early modern period through to the 19th century. It was first published in 1684 and written by an unknown author who falsely claimed to be Aristotle. As a consequence the author is now described as a Pseudo-Aristotle, the collective name for unidentified authors who masqueraded as Aristotle. The title of the work was possibly chosen because Aristotle was seen as a sex expert in early modern England. Another popular pseudo-Aristotelian text which covered sex and reproduction, Aristotle’s Problems (1595), had been responsible for this reputation. The real Aristotle had also written works about the reproduction of animals (such as History of Animals and Generation of Animals) and was considered an authority on scientific matters in general. 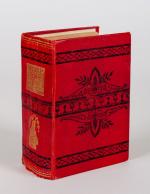 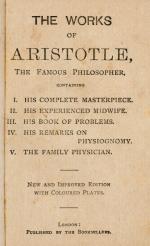 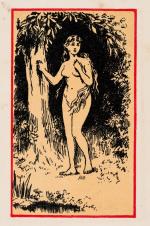 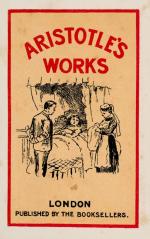