London, Marcus Adams, c.1929. Folio. 7 pages. Original Art Deco flexible Hardcover in original slipcase. Extremely beautiful and rare original binding ! Two small coffee-stains on cover of the Volume itself. Slipcase with some minor rubbing and occasional discoloration only. Otherwise in excellent condition with only minor signs of external wear. Besides the vintage photographs all being signed by Marcus Adams, he also signed and dated the Volume on the endpaper: “Marcus Adams – 11/29”.

Marcus Adams (1875-1959) was a British society photographer noted for his portraits of children.
Adams’ father was the Reading-based photographer Walton Adams. He began his career as an architectural photographer for the British Archaeological Society and took photographs for books by the antiquarian C.E. Keyser.
With fellow photographers Bertram Park and Parks’ wife Yvonne Gregory, Adams formed the “Three Photographers” group in 1920. Based at 43 Dover Street, Mayfair, they each worked independently, but shared use of printing, retouching and darkroom staff.
Gaining notability for his portraits of children Adams took the first official photographs of the Duchess of York and her daughter Princess Elizabeth (the future Queen Mother and Queen Elizabeth II). His 1934 photograph of Princess Elizabeth at the age of 8 was used as the portrait for the $20 banknote of the 1935 Series of banknotes of the Canadian dollar. He continued his work as a photographer of royal children until a sitting with Princess Anne in 1956. Other notable children photographed by Adams included Christopher Robin Milne, John Julius Norwich and Simone Prendergast.
His son, Gilbert Adams, also became a photographer and artist specialising in Oil portraiture and landscapes mainly in Cornwall and Wiltshire. Gilbert assisted his father in his early career. His great grandson, Andrew Adams has followed in the family tradition and is also a professional photographer running a wedding and marine photography business in Hampshire. (Wikipedia) 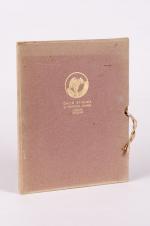 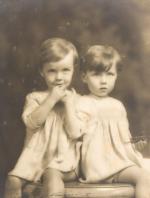 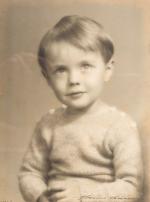