Howard, An account of the Principal Lazarettos in Europe; with various papers re

First Edition. Warrington, Printed by William Eyres; And sold by T. Cadell, J. Johnson, C. Dilly, and J. Taylor in London, 1789. Quarto (24,5 cm x 30,5 cm). VIII, 259 pages plus 13 unnumbered pages of Index and 1 page “Directions to the Book-Binder”. Collation complete with 22 plates of which 20 are large fold-out-engravings. Hardcover / Contemporary 18th century calf with gilt lettering on spine. Stunning Volume, recently restored and rebacked by two english master-binders. Very good+ condition with only minor signs of external wear. After the restoration now a highly-desirable collectable. One of the first sociological studies of conditions within the penal system of England and Ireland compared to other 18th-century practices within European Jails / Gaols. The partly romantic engravings seem sinister when one imagines what inmates and children endured within these settings. From the library of Daniel Conner (Connerville / Manch House), with his Exlibris / Bookplate to pastedown.

The important publication on the History of Medicine, Garrison-Morton’s Medical Bibliography (5th edition), lists this title under No. 1601: ‘Following on his work for the improvement of the conditions in prisons, Howard travelled extensively in Europe, carrying out an elaborate investigation into the condition of hospitals.’
Garrison & Morton only mention the importance for the History of Medicine and do not emphasize on the sociological aspect of this publication regarding the research on the devastating living conditions not only within 18th-century prisons but also in Charter Houses in the european, mainly irish countryside. While the publication has an overwhelming set of wonderfully scenic copper-engravings, there is also deep value in the very descriptive section on Charter- schools in Clonmel, Charleville, Dunmanway (″The master excused himself from going with me into the bedrooms by saying that he was afraid of catching a disorder….”), Newport School, Frankfort School, Castle-Martyr-School (Castlemartyr), Iniscara School etc. etc. The text gives us Dietary plans, Diet-Tables, Conditions within Nurseries (Nursery in Munster, Connaught and Leinster etc.). Also lists prisons in Castlebar, Longford, Mullingar County Gaol, County Infirmary in Ennis etc. John Howard notes on page 95 for Longford County Gaol: “A bad prison – Dungeons about four feet under ground; windows toward the street: passage dark, three feet five inches wide. A prisoner, committed for only a month, was lately detained here several months for his fees…In this and similar instances, the expense of the bread allowance to prisoners exceeds the amount of the fees.″

John Howard FRS (2 September 1726 – 20 January 1790) was a philanthropist and early English prison reformer. Howard was born in North London, either in Hackney or Enfield. His father, also John, was a wealthy upholsterer at Smithfield Market in the city. His mother Ann Pettitt died when he was five years old, and, described as a “sickly child”, he was sent to live at Cardington, Bedfordshire, some fifty miles from London, where his father owned property. His father, a strict disciplinarian with strong religious beliefs, sent the young John to a school in Hertford and then to John Eames’s dissenting academy in London.
After school, John was apprenticed to a wholesale grocer to learn business methods, but he was unhappy. When his father died in 1742, he was left with a sizeable inheritance but no true vocation. His Calvinist faith and quiet, serious disposition meant he had little desire for the fashionable endeavours of an English aristocratic lifestyle. In 1748, he left England for a grand tour of the continent.
Upon his return, he lived in lodgings in Stoke Newington, where he again became seriously ill. He was nursed back to health by his landlady, Sarah Loidore, whom he then married despite her being thirty years older than he was. She died within three years and he distributed her meagre belongings amongst her remaining family and poor neighbours.
John Howard was considered eccentric by many of his contemporaries. It has been advanced by psychiatrist Philip Lucas and by mathematician Ioan Mackenzie James that Howard might have had Asperger’s Syndrome.
He then set out for Portugal following the 1755 Lisbon earthquake, traveling on the ‘Hanover’, which was captured by French privateers. He was imprisoned in Brest for six days before being transferred to another prison on the French coast. He was later exchanged for a French officer held by the British, and he quickly travelled to the Commissioners of Sick and Wounded Seamen in London to seek help on behalf of his fellow captives. It is widely believed that this personal experience generated Howard’s interest in prisons.
Having returned from France, he settled again at Cardington, Bedfordshire to live on a 200-acre estate which was formerly two farms, the larger of which he had inherited from his grandparents. His grandmother, Martha Howard, was a relation of the Whitbread family, and he became a neighbour and close friend of his cousin, Samuel Whitbread. He spent the next two years building properties and trying to improve the lives of the tenants living on his land. Later, a survey of Cardington in 1782 found that he was paying for the teaching of 23 children. He was elected a Fellow of the Royal Society in May 1756.
In 1758, Howard married Henrietta Leeds who died in 1765, a week after giving birth to a son, also named John, who was sent to boarding school at a very young age. The younger John was sent down from Cambridge for homosexual offences, was judged insane at the age of 21, and died in 1799 having spent thirteen years in an asylum.
John Howard was appointed High Sheriff of Bedfordshire in 1773, initially for a one-year period. Such was his dedication, rather than delegating his duties to the under-sheriff as was customary, Howard inspected the county prison himself. He was shocked by what he found, and spurred into action to inspect prisons throughout England. Of particular concern to Howard were those prisoners who were held because they could not pay the jailer’s fee – an amount paid to the owner or keeper of the prison for upkeep. He took this issue to parliament, and in 1774 Howard was called to give evidence on prison conditions to a House of Commons select committee. Members of that committee were so impressed that, unusually, Howard was called to the bar of the House of Commons and publicly thanked for his “humanity and zeal”.
Having visited several hundred prisons across England, Scotland, Wales and wider Europe, Howard published the first edition of The State of the Prisons in 1777. It included very detailed accounts of the prisons he had visited, including plans and maps, together with detailed instructions on the necessary improvements, especially regarding hygiene and cleanliness, the lack of which was causing many deaths. It is this work that has been credited as establishing the practice of single-celling in the United Kingdom and, by extension, in the United States. Howard viewed his work as humanitarian. Terry Carlson, in his 1990 biographical tract on Howard, remarks:

’Howard’s detailed proposals for improvements were designed to enhance the physical and mental health of the prisoners and the security and order of the prison. His recommendations pertaining to such matters as the prison location, plan and furnishings, the provision of adequate water supply, and prisoner’s diet promoted hygiene and physical health. Recommendations concerning the quality of prison personnel, rules related to the maintenance of standards of health and order and an independent system of inspection, reflect the need for prison personnel to set a moral example.’

In April 1777, Howard’s sister died, leaving him £15,000 and her house. He used this inheritance and the revenue from the sale of her house to further his work on prisons. In 1778, he was again examined by the House of Commons, who were this time inquiring into “hulks”, or prison ships. Two days after giving evidence, he was again travelling Europe, beginning in the Dutch Republic.

By 1784, Howard calculated that he had travelled over 42,000 miles (68,000 km) visiting prisons. He had been awarded an honorary LLD by the University of Dublin and had been given the Freedom of the City of London. His fourth and final tour of English prisons began in March 1787 and two years later he published ‘The State of the Prisons in England’, and ‘An Account of the Principal Lazarettos of Europe’.

His final journey took him into Eastern Europe, and into Crimea. Whilst at Kherson, Howard contracted typhus on a prison visit and died, aged sixty-three. He was buried in a walled field at Dophinovka (Stepanovka), Ukraine. Despite requesting a quiet funeral without pomp and ceremony, the event was elaborate and attended by the Prince of Moldovia. When news of his death reached England in February 1790, a commemorative series of John Howard halfpenny Conder Tokens were struck, including one that circulated in Bath, on the reverse showing “Go forth” and “Remember the Debtors in Gaol”.

Howard became the first civilian to be honoured with a statue in St. Paul’s Cathedral, London. A statue was also erected in Bedford, and a further one in Kherson. His bust features in the architecture of a number of Victorian prisons across the UK, such as at Shrewsbury. He was elected a Foreign Honorary Member of the American Academy of Arts and Sciences in 1790. (Wikipedia) 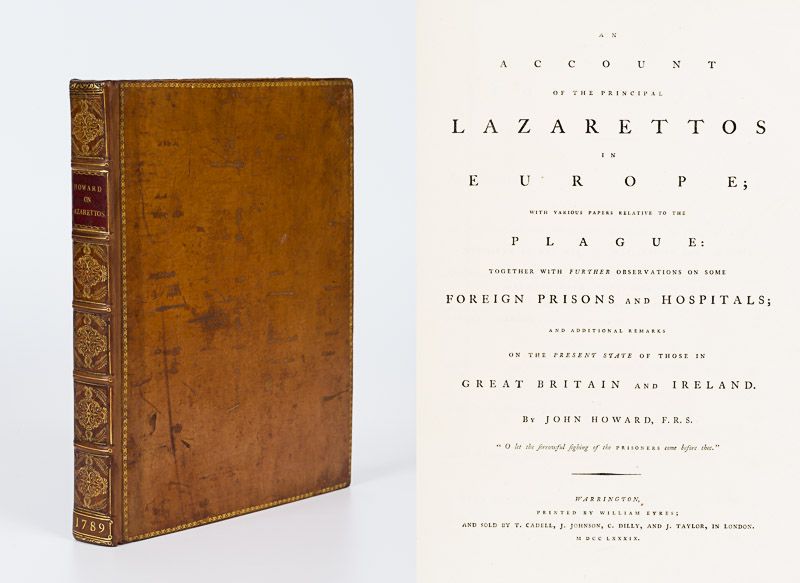 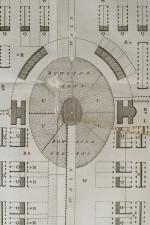 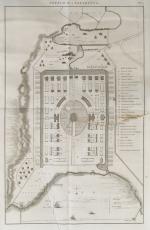 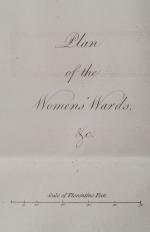 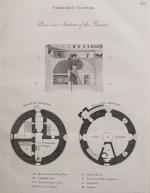 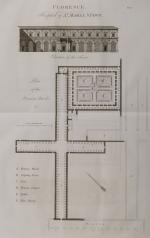 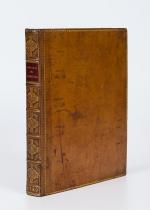 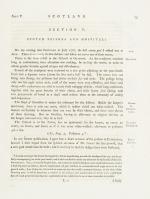 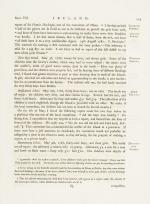 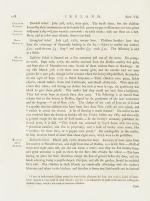 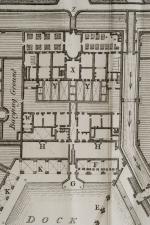 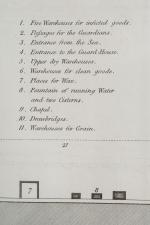 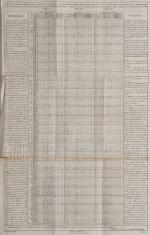 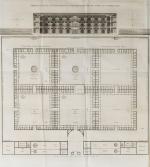 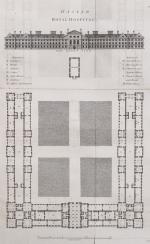 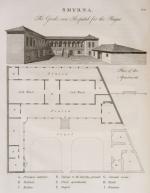 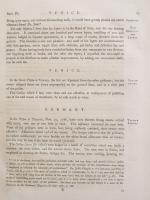 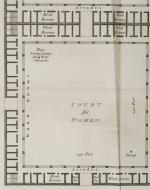 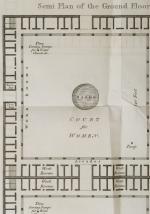