Roche, Regina Maria [Author of “The Children of the Abbey”].

Regina Maria Roche (1764–1845) is gauged as a minor Gothic novelist, who wrote in the shadow of the pioneering Ann Radcliffe. However, she was a bestselling author in her own time. The popularity of her third novel, The Children of the Abbey, rivalled that of Ann Radcliffe’s The Mysteries of Udolpho.
Born Regina Maria Dalton in Waterford, Ireland in 1764. Her father was a Captain in the British 40th Regiment. Her family moved to Dublin, and after her marriage to Ambrose Roche in 1794, she moved to England.

Her first two novels were published under her maiden name, before the success of The Children of the Abbey and Clermont. Both these were translated into French and Spanish and went through several editions. However, after her fifth novel, The Nocturnal Visit, appeared in 1800, Roche suffered financial difficulties, having fallen afoul of a duplicitous solicitor, and she did not write again until 1807, when she received aid from the Royal Literary Fund. She then wrote 11 more novels, most of them set in the rural Ireland, but none matched her earlier successes. After her husband’s death in 1829, she returned to Wexford.

After bouts of depression, she died in relative obscurity in the town of her birth at the age of 81. Roche’s obituary in The Gentleman’s Magazine remembers her as a “distinguished writer (who) had retired from the world and the world had forgotten her. But many young hearts, now old must remember the effect upon them of her graceful and touching compositions.”
The Children of the Abbey, a sentimental Gothic Romance, was one of the period’s most popular novels of the 1790s. Her book Clermont, was Roche’s only full attempt at writing a truly Gothic novel. It has a decidedly darker in tone than anything else she wrote. Both novels went through several editions and were translated into both French and Spanish. Clermont was one of the Northanger Horrid Novels satirized by Jane Austen in her novel Northanger Abbey. (Wikipedia) 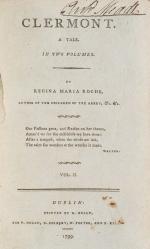 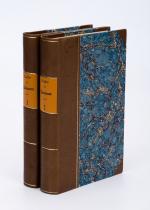 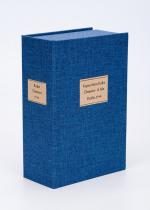 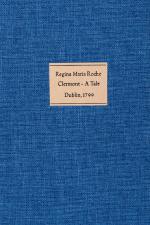