Foster, "Presentation Copy of "The Two Duchesses" with Autograph / Manuscript -

Amazing Vere Foster-Collection including Educational Materials and as a centerpiece the “Presentation Copy of “The Two Duchesses” with Autograph / Manuscript – Letter by Vere Foster to his niece, Emily Albinia “Alba” Foster. With a stunning, unpublished, two-page-letter, revealing several important details about the immediately favorable reviews and reception of the book [″in the Daily Telegraph”] and Vere Foster’s disdain about some criticism from one J.Donohue [which led to an alteration in the second edition of the book]. Vere Foster is also expecting a review to appear in the “Athenaeum” but reports “the Athenaeum has nothing yet”. Vere Foster apologizes to his niece for the delay in sending the book and explains that he had left 12 “parcels″£ with Blackie’s agent and gave instructions to send them but a few days later found they had been “untouched”. / The Two Duchesses – Georgiana, Duchess of Devonshire / Elizabeth, Duchess of Devonshire – Family Correspondence of and Relating to Georgiana, Duchess of Devonshire / Elizabeth, Duchess of Devonshire, Earl of Bristol (Bishop of Derby), The Countess of Bristol, Lord and Lady Byron, The Earl of Aberdeen, Sir Augustus Foster Bart, and Others, 1777-1859. [See Full list of items which are part of this collection, on our website under the topic “Libraries & Collections”].

First Edition. London / Glasgow and Dublin, Blackie & Son Limited, 1898. Octavo (15 cm x 22 cm). Pagination: Frontispiece, IX, [3], 497 pages with 18 Illustrations (including frontispiece and one Vignette of the two Duchesses opposite page 1). Hardcover / Original, publisher’s green cloth with gilt lettering on spine. Very good condition with some minor signs of wear only. This is an astonishing find for the Vere Foster Research Community and the letter gives significant insight into the importance the publication had for him, its reception as seen by Vere Foster and it solves the riddle why an altertaion was necessary for the second edition [which Vere Foster explains in a brief note to the reader at the beginning of the second edition]. The heartfelt inscription to his niece Albinia Foster is also of great importance and to our knowledge the only presentation-copy of this book on the international market for the several decades we can look back at auction records.

1. A book which Vere Foster possibly received as a gift from his father in 1845: “Vere Henry Foster from Sir A.F. – London 1845”.
2. The publisher’s archival-copy of “The Two Duchesses” – with manuscript corrections by the publisher, received for preparation of the second edition.

Vere Henry Louis Foster (or Lewis) (25 April 1819 – 21 December 1900) was an English educationist and philanthropist.
Born in Copenhagen on 25 April 1819, he was the third son of Sir Augustus John Foster, 1st Baronet and his wife, Albinia Jane (died 28 May 1867), daughter of George Vere Hobart, and granddaughter of George Hobart, 3rd Earl of Buckinghamshire. He was educated at Eton College, and matriculated at Christ Church, Oxford, on 30 May 1838.
Leaving Oxford without a degree, Foster joined the diplomatic service. From 1842 to 1843 he was attached to the diplomatic mission of Sir Henry Ellis in Rio de Janeiro, and from 1845 to 1847 to that of Sir William Gore Ouseley in Montevideo.

In 1847 Foster visited a family estate in County Louth, Ireland at the time of the Great Famine, with his eldest brother, Sir Frederick George Foster. They became involved in famine relief. In 1848 their father died, Vere Foster underwent a crisis in his life, and he came to concentrate on philanthropy in Ireland.
Foster made three voyages to the United States as a steerage passenger in a ship of emigrants, finding the accommodation bad, and the treatment of emigrants exploitative. Through his cousin Vere Hobart, Lord Hobart he was able to influence parliament, and the Passengers Act 1851. He also took practical steps to promote Irish emigration to the USA.
Later, Foster took up the improvement of education in Ireland. This was a time of Catholic suspicion of the national education system introduced by Richard Whately. Foster contributed to the provision of better school accommodation and apparatus, and gave grants in aid of building several hundred new school-houses.

In 1879, with the Land War in Ireland, Foster concentrated on promoting female emigration to the United States and the British colonies. Young women were assisted, numbering 18,000 in 1880–3. He was supported in his projects by both Catholic and Protestant clergy. Foster died, unmarried, at Belfast on 21 December 1900. He was buried in Belfast City Cemetery. 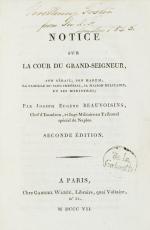 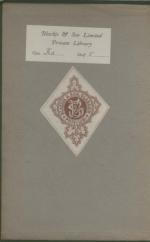 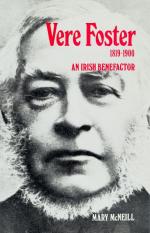