Edwards, A careful and strict Enquiry into the Modern Prevailing Notions of that

A careful and strict Enquiry into the Modern Prevailing Notions of that Freedom of Will, which is supposed to be essential to Moral Agency, Virtue and Vice, Reward and Punishment, Praise and Blame.

Jonathan Edwards (October 5, 1703 – March 22, 1758) was an American revivalist preacher, philosopher, and Congregationalist Protestant theologian. Edwards is widely regarded as one of America’s most important and original philosophical theologians. Edwards’ theological work is broad in scope, but he was rooted in Reformed theology, the metaphysics of theological determinism, and the Puritan heritage. Recent studies have emphasized how thoroughly Edwards grounded his life’s work on conceptions of beauty, harmony, and ethical fittingness, and how central The Enlightenment was to his mindset. Edwards played a critical role in shaping the First Great Awakening, and oversaw some of the first revivals in 1733–35 at his church in Northampton, Massachusetts. His theological work gave rise to a distinct school of theology known as the New England theology.
Edwards delivered the sermon “Sinners in the Hands of an Angry God”, a classic of early American literature, during another revival in 1741, following George Whitefield’s tour of the Thirteen Colonies. Edwards is well known for his many books, The End For Which God Created the World, The Life of David Brainerd, which inspired thousands of missionaries throughout the 19th century, and Religious Affections, which many Reformed Evangelicals still read today. Edwards died from a smallpox inoculation shortly after beginning the presidency at the College of New Jersey (Princeton). He was the grandfather of Aaron Burr, third Vice President of the United States.

The followers of Jonathan Edwards and his disciples came to be known as the New Light Calvinist ministers, as opposed to the traditional Old Light Calvinist ministers. Prominent disciples included the New Divinity school’s Samuel Hopkins, Joseph Bellamy and Jonathan Edwards’s son Jonathan Edwards Jr., and Gideon Hawley. Through a practice of apprentice ministers living in the homes of older ministers, they eventually filled a large number of pastorates in the New England area. Many of Jonathan and Sarah Edwards’s descendants became prominent citizens in the United States, including the Vice President Aaron Burr and the College Presidents Timothy Dwight, Jonathan Edwards Jr. and Merrill Edwards Gates. Jonathan and Sarah Edwards were also ancestors of Edith Roosevelt, the writer O. Henry, the publisher Frank Nelson Doubleday and the writer Robert Lowell.

’An Inquiry into the Modern Prevailing Notions of the Freedom of the Will which is Supposed to be Essential to Moral Agency, Virtue and Vice, Reward and Punishment, Praise and Blame or simply The Freedom of the Will’, is a work by Christian reformer, theologian, and author Jonathan Edwards which uses the text of Romans 9:16 as its basis. It was first published in 1754 and examines the nature and the status of humanity’s will. The book takes the classic Calvinist viewpoint on total depravity of the will and the need of humanity for God’s grace in salvation.
Although written long before the modern introduction and debate over Open Theism, Edwards’ work addresses many of the concerns that have been raised today over this view. One of the authors that provoked the writing of The Freedom of the Will was Daniel Whitby. Whitby was an Arminian minister of the Church of England who was known for his anti-Calvinist viewpoint and his statement that “It is better to deny prescience [foreknowledge] than liberty.” It is this claim that Edwards attempts to answer in The Freedom of the Will. Edwards responded that a person may freely choose whatever seems good, but that whatever it is that seems good is based on an inherent predisposition that has been foreordained by God. (Wikipedia) 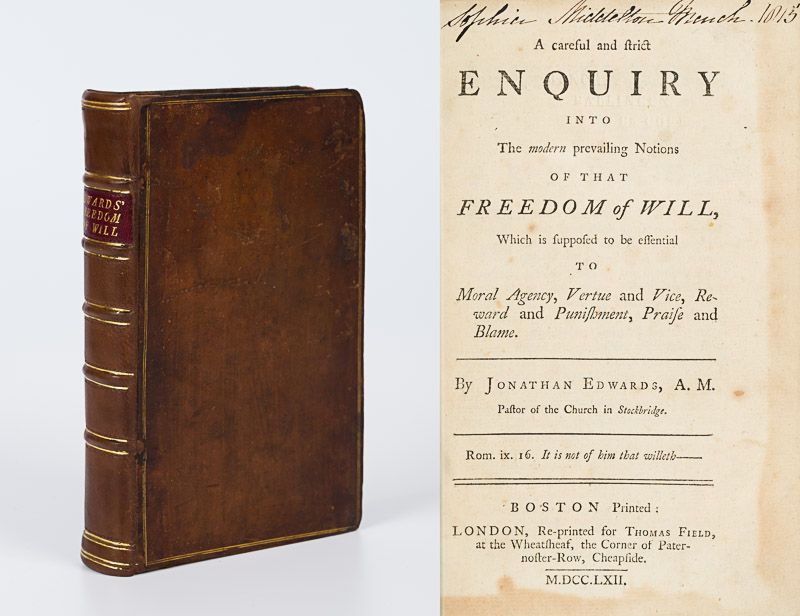 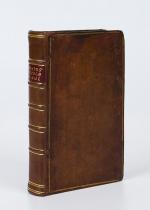