[Sammelband on Irish Protestantism and Irish Presbyterians] – Volume I: Richard, Lord Bishop of Cloyne – The Present State of the Church of Ireland: Containing a description of its Precarious Situation; and the consequent danger to the public. Recommended to the serious consideration of the Friends of the Protestant Interest. To which are subjoined some reflections on the impracticability of a proper Commutation for Tithes; and a general account of the origin and progress of the Insurrections in Munster. The Ninth Edition. [Dublin, Sleater, 1787]/ Bound with [Volume II]: Joseph Stock – A Reply to the Rev. Dr. Campbell’s Vindication of the Principles and Character of the Presbyterians of Ireland. In which the question is discussed, whether our political constitution might be improved, by substituting, in place of the present ecclesiastical establishment of England and Ireland, either the Presbyterian or Independent Model of Church Polity. [Dublin, J. Exshaw, 1787] / Bound with [Volume III]: [Baggs, Stephen] – The Insurrection. Or, A Faithful Narrative of the Disturbances which lately broke out in the Province of Munster, under the Denomination of White or Right-Boys. [″The wonderful year…Annus Mirabilis (Swift)” – Dublin, W. Sleater, 1787] //

Dublin, W. Sleater / J. Exshaw, 1787. Octavo. 138, 123 (7), (2), 45 pages plus advertising-leaf for the Stephen Baggs-publication on the Irish Insurrection, (as called for). Original, contemporary Hardcover with manuscript spine-label and marbled-paper-covered-boards, housed in a bespoke made Clamshell Box / Solander-Box. Bindung strong and firm but slightly stained and stronger rubbed. Spine slightly damaged. Front free endpaper missing. Otherwise in very good condition. Although no sign of it, the book came from the library of Richard Meade (Ballymartle). With the rare publication in the rear of the Volume on ‘Whiteboyism’ (The Whiteboys or in Gaeilge: ‘na Buachaillí Bána’), including a rare advertising – sheet by bookseller W. Sleater, glued to the rear pastedown. mentioning three publications: 1. A Letter to Rev. Doctor O’Leary, found on the great Road leading from the City of Cork to Cloughnakilty [Clonakilty] / 2. A Short Refutation of the Arguments contained in Dr. Butler’s Letter to Lord Kenmare / 3. The Present State of the Church of Ireland].

The Whiteboys (Irish: na Buachaillí Bána) were a secret Irish agrarian organisation in 18th-century Ireland who used violent tactics to defend tenant farmer land rights for subsistence farming. Their name derives from the white smocks that members wore in their nightly raids. Because they leveled the fences at night, they were usually called “Levellers” by the authorities, and by themselves as “Queen Sive Oultagh’s children” (″Sive” or “Sieve Oultagh” being anglicised from the Irish Sadhbh Amhaltach, or Ghostly Sally),″fairies,” or as followers of “Johanna Meskill” or “Sheila Meskill,” all symbolic figures supposed to lead the movement. They sought to address rack-rents, tithe collection, excessive priests’ dues, evictions and other oppressive acts. As a result, they targeted landlords and tithe collectors. Over time, Whiteboyism became a general term for rural violence connected to secret societies. Because of this generalization, the historical record for the Whiteboys as a specific organisation is unclear. There were three major outbreaks of Whiteboyism: 1761–64; 1770–76; and 1784–86. (Wikipedia) 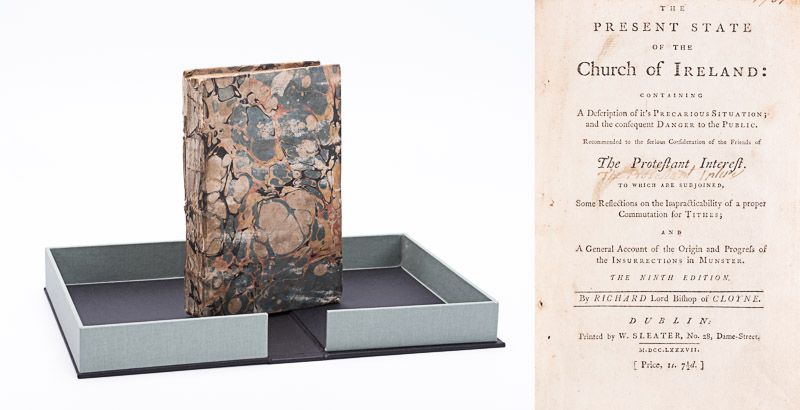 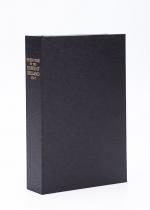 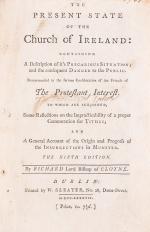 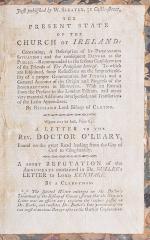 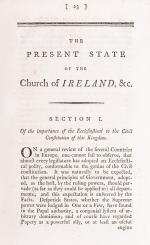